Award winning artist, wearable artist and aspiring fashion designer, 16-year-old Libby Evans was born in London and moved to the Sunshine Coast in 2010.

Libby’s love of fashion and styling was apparent from an early age, initially expressed through costumes and sketches. Her limited sewing skills inspired her to challenge herself to create wearable art pieces by upcycling modern, tough, sturdy discarded items to create delicate, detailed and classic feminine pieces strongly influenced by the timeless elegance of bygone eras.

In 2015 Libby began learning the art of drawing and painting from Jessica Le Clerc through the Art School Co. This has given her exposure to a wide range of mediums, which along with her love of fashion styling has influenced her developing an artistic style around stylised portraiture using acrylic/oil on canvas.

As an aspiring fashion designer/stylist, the last couple of years have been busy for Libby. In 2019 she attended Fashcamp at USC and was given the opportunity to design and make the costume for the Pied Piper in the Immanuel Lutheran College production of ‘Shrek The Musical’.

Libby placed as State runner-up in the Apex Australian Teen Fashion Awards (AATFA) and won the National and State runner-up prize in Costume Design for her piece ‘Pierrot’. This year, Libby has commenced a Certificate II in Applied Fashion Design and Technology at TAFE whilst continuing her Visual Art and Film and Media senior studies at Immanuel Lutheran College.

With wearable art competitions on pause during COVID, Libby focussed her attention on 2D art and three of her pieces were exhibited in galleries across the state. She won the 2020 Noosa Regional Gallery Draw competition (Year 10) with her grey-lead piece ‘Taches de Rosseur’, was highly commended for her photographic piece ‘Loafing’ in the 2020 Brisbane Portrait Prize and was a finalist in the 2020-21 Stanthorpe Art Prize with her oil painting ‘Agua’.

Libby’s first entered the Immanuel Arts Festival in 2016. In 2018 she won the Years 7-9 Student Art with her white on black drawing ‘Stripes’. 2019 saw Libby’s wearable art piece ‘X-radiance’ win Most Outstanding Work of the Festival at the Festival. Libby is very excited to be the 2021 Student Artist in Focus. 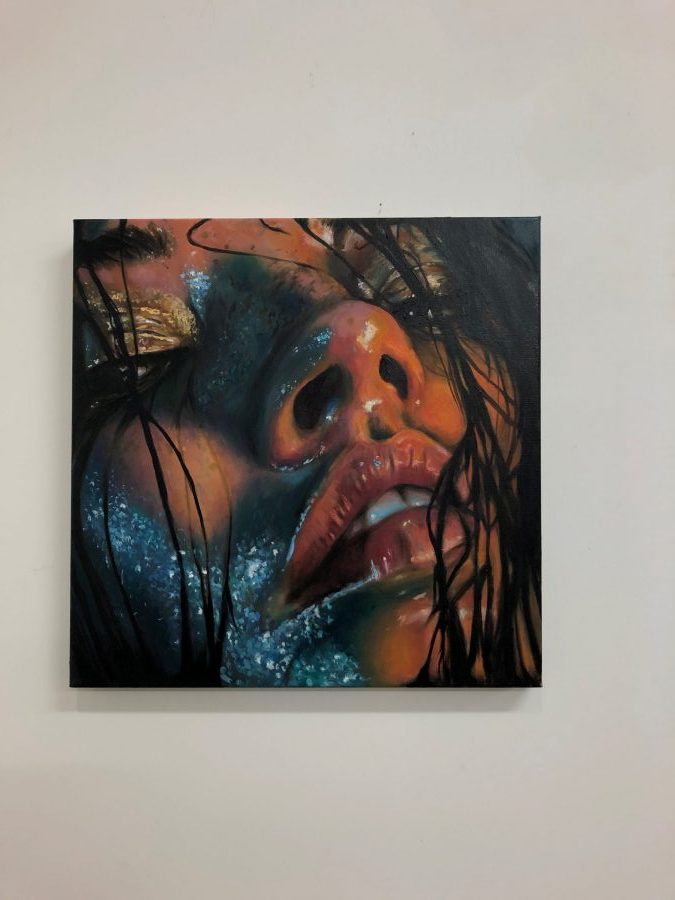